This sculpture presents, in an allegorical and metaphorical way, the mechanism of human will control. In short, it’s about noticing what influences how a person acts.

Because in many cases the choices we make are not the result of consciousness at all, but of being influenced by the delusion and hypnosis of social programming.

Anesthesia, because the fear of pain has the greatest influence on human behavior, and therefore all ways to escape from it are a form of anesthetics. Some of them are: alcohol, television, pursuit of success, imbalanced sexual behaviors, drugs, mind-medications, virtual reality etc.

Moreover, this sculpture presents the conflicts that are currently taking place in the minds of almost all humans. They are connected above all with the dilemma of freedom. What, at the same time, is also connected with the development of technology and the upcoming new era of robotic virtual society.

A constant struggle takes place in the mind of every human being. It is the internal conflict of various parts of human consciousness. These internal conflicts are also reflected in the struggles between social groups and how people make choices in their lives.

Anesthesia is a sculpture depicting these conflicts in a symbolic way. There three major parts to be considered, visible in the three sections of the sculpture:

1. The Social Implant
The most general area, or the one that currently has the greatest impact on humanity. It is a social mind, or a conformist mind, oriented around survival, comfort, pleasure and social acceptance (conformity).

2. “Implant” of Sensuality
The second area is also common to the human nature. Just recently it has been gradually becoming more and more deactivated. I deliberately quoted the word “implant”, because this is not just an implant, but a remnant of the original nature of the human mind. We could say that sensuality is our true nature. Sensuality goes far beyond emotions, “happiness” and other hormonal effects, associated with the Social Implant (1).

First of all, immersion is about putting yourself into something almost completely, with full awareness. And nowadays, this term is used in connection with virtual reality.

Second meaning is something that competes with virtual reality and introduces expanding the physical perception of reality to include the creative, imaginative realms.

Conscious Immersion of Creativity is a way of being immersed in reality that does not exclude either nature or technology, but allows you to combine them into a single, integrated, beautiful whole.

This creative self is present in every human being. It is a priceless, wonderful area of the human psyche that actually goes far beyond all the other implants, programming or hypnosis. Even beyond the psyche itself.

Creativity – also known as imagination – allows you to transcend the pros and cons of addiction to technology or dependency from nature.

It allows us to create new worlds – hybrids that make use of many aspects of reality at once! It is the doorway to end all inner conflicts and embrace multidimensional nature of reality.

This is what the conceptual sculpture, Anesthesia, depicts. Going beyond anesthetic implants and opening yourself to a whole new, sensual, imaginative and free way of being humane. Living the life of joy, freedom and beauty. 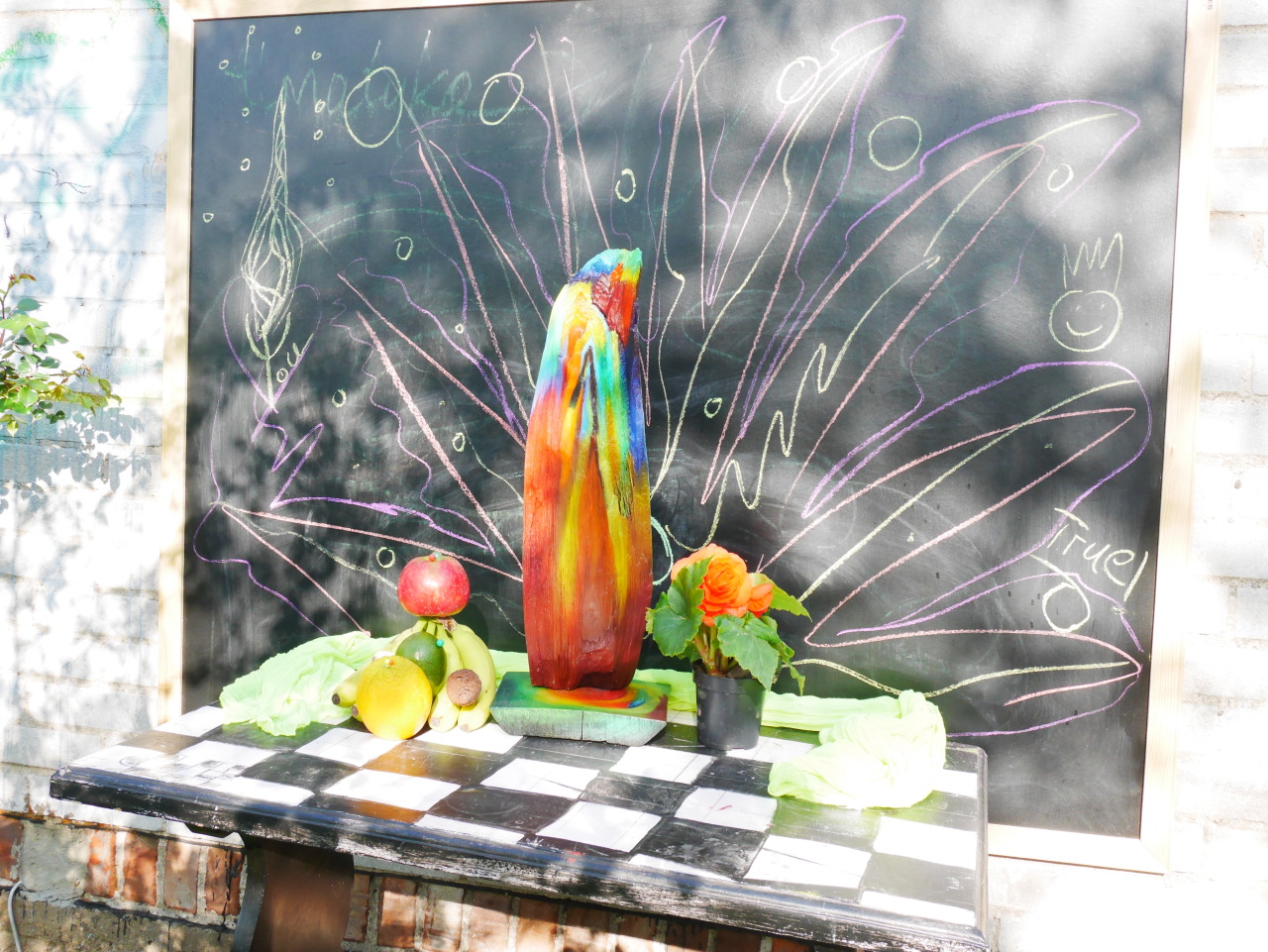